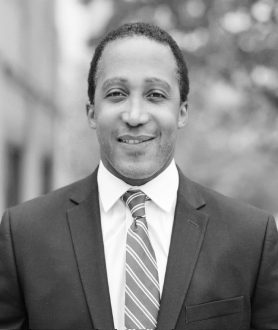 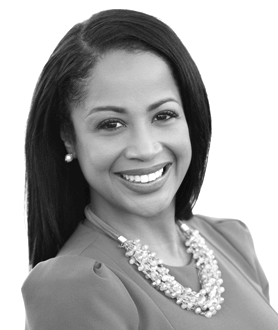 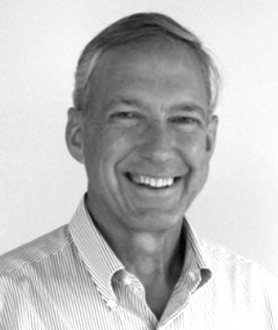 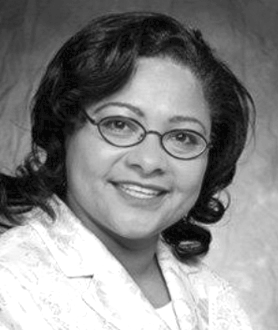 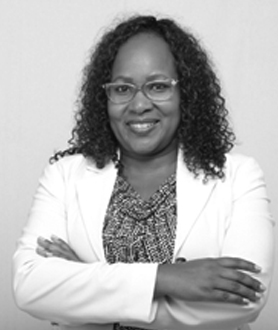 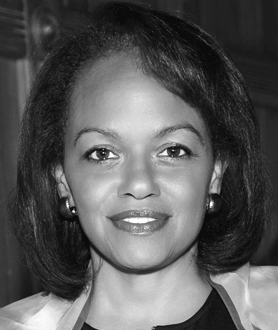 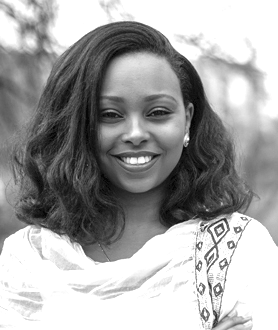 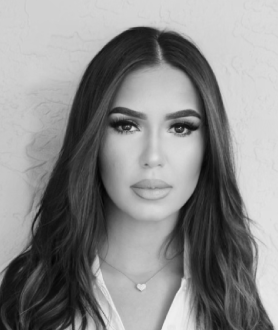 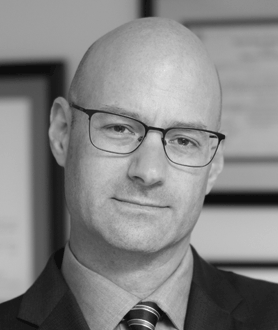 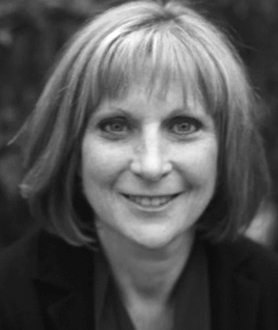 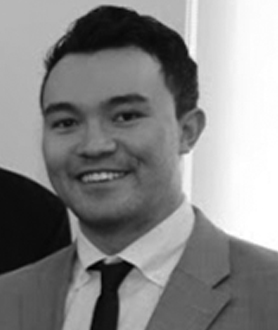 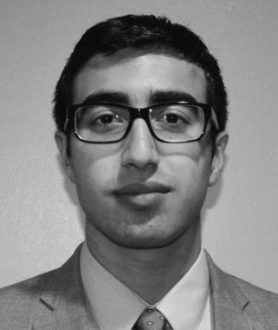 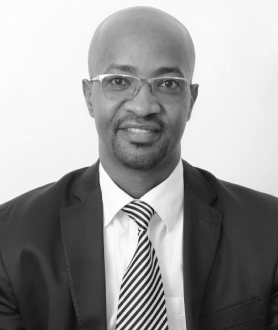 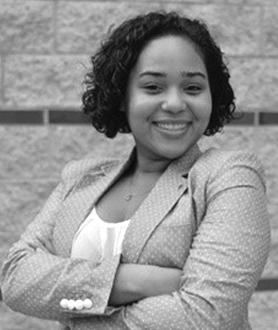 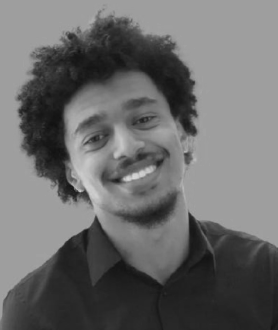 Aymeric Saha is the CEO of MiDA Advisors. More recently, he was the Managing Director of the NASP-USAID Investment Partnership for Mobilizing Institutional Investors to Develop Africa’s Infrastructure or “MiDA.” He previously spent fourteen years at the World Bank and led the quantitative risk finance function responsible for overseeing market and credit risks for $200 billion in banking operations in over 100 countries; and an investment portfolio of over $100 billion invested across developed and emerging markets. In 2013, he was appointed Financial Policy Director in the United States Congress for the House Subcommittee on Financial Institutions to oversee the implementation of banking and capital markets reforms in the aftermath of the 2008 financial crisis. Cumulatively, he directed initiatives to boost U.S.- Africa trade and investments, particularly within the Power Africa initiative. In 2005, Mr. Saha co-founded New Bridge Development/1438 Street LLC, a boutique real estate and retail investment firm that developed and managed commercial and residential properties in the Washington, DC region. Mr. Saha holds two MA degrees in Finance and Business Management from Johns Hopkins University Carey Business School, and his BA degree in Finance and Economics from McGill University. He previously lived abroad in Africa, Europe, and Canada, and is fluent in French.

Nadine Mentor is a Partner and Senior Managing Director with MiDA Advisors.   Ms. Mentor has over 18 years of experience as an investment banker and investor. She was most recently a Managing Director and the Head of the Southeast Region for Ramirez & Co.’s Public Finance Practice. She was previously at UBS and Citigroup, where she was a Director and Lead Banker on major infrastructure financings.  She has led over $16 billion in financings.  Ms. Mentor brings her passion for women, diversity and investments as an investor in U.S. based women and minority-owned businesses through Mentor Holdings & Investments.  She is a summa cum laude graduate of Pace University in New York with a BA degree in Political Science and minor in Business Administration. Ms. Mentor earned her MPA in Public Policy and Financial Management from Columbia University’s School of International and Public Affairs.  Ms. Mentor is an avid traveler, having visited over 70 countries.

Daniel Bond is an Economist with over 35 years of experience focused on the study of emerging market countries.  Mr. Bond was the Chief Economist for the Export-Import Bank of the United States, Group VP of Duff & Phelps Credit Rating Company and First VP of Ambac Assurance Corporation.  In recent years, he has served as a Consultant on infrastructure financing for the World Bank and the U.N. Capital Development Fund.

Roselyn  H. Spencer is a Managing Director at MiDA Advisors.  She has over 25 years of experience in the financial services industry primarily working with pension plans. Her broad experience covers all aspects of pension plan management, investments and operations. As a Managing Director, Ms. Spencer is responsible for developing and managing strategic client relationships and overseeing investment advisory projects. Prior to MiDA, Ms. Spencer served as Executive Director and Chief Investment Officer to the City of Baltimore Employees’ and Elected Officials’ Retirement Systems. She was responsible for managing and directing all aspects of the City’s four pension plans and OPEB Trust Fund with assets over $2.0 billion. Ms. Spencer holds a BA degree in Economics from Cuttington College in Liberia, (West Africa) and an MBA degree in Banking and Finance from Pace University in New York. She also completed a Certified Financial Planning (CFP) certification from Adelphia University in New York.

Constantine Kandie is an Executive Director in MiDA Advisors’ East Africa Office, focusing on institutional investors capacity development advisory services. She is a Founder Trustee of the Kenya Pension Fund Investment Consortium (KEPFIC), which she spearheaded as Director at Kenya Revenue Authority (KRA) and Chair of the Board of Trustees. She is a Board Director at Moi Teaching and Referral Hospital (MTRH) and a member of the pension fund.  Constantine is also a Board Member and Treasurer at Practical Action UK, Secretary General of Professional Women Empowered (PROWE) and served as IFC/World Bank Technical Advisor to the PS State Department for Trade.  She has over 20 years’ experience in governance, strategic management, and leadership of diverse professionals and staff teams.

Valerie Mosley is a Senior Advisor for MiDA Advisors and a member of MiDA and NASP’s  Advisory Council, which advises the U.S. Agency for International Development (USAID) programs on impact investing and trade relationships with Africa. Ms. Mosley also serves on the board of Eaton Vance Mutual Funds, and the corporate boards of NYSE-listed Dynex and Envestnet. Previously, Ms. Mosley was Senior Vice President, Partner, Portfolio Manager and Investment Strategist at Wellington Management Company, LLP, a $1 trillion global money management firm.  During her 20-year tenure at the firm, Valerie directly managed billions for clients, and chaired the firm’s Industry Strategy Group, which identify headwinds and tailwinds impacting various industries. Ms. Mosley earned her MBA from Wharton’s Business School and her BA from Duke University. Ms. Mosley was named The International Person of the Year by The UK’s Power List, one of the 50 Most Powerful Women in Business and one of the Top 75 African Americans on Wall Street by Black Enterprise Magazine.

Yeabsira Zewdie is the Associate Director at MiDA Advisors. She was previously a Consultant for the USAID-NASP Investment Partnership for Mobilizing Institutional Investors to Develop Africa’s Infrastructure or “MiDA.”  Prior to joining MiDA Advisors, Ms. Zewdie worked for the United Nations stationed in Ethiopia where she led the implementation of projects focused on socio-economic development and labor migration policy.  Ms. Zewdie is passionate about women and youth economic empowerment and trade/investment driven development for Africa. Ms. Zewdie has a MA degree in International Relations from University of Warwick in UK and a BA degree in Political Science and History.

Marina Feliciano is the Associate Director Operations & HR at MiDA Advisors. Marina brings over a decade of administrative experience in Office Management, Human Resources, and Operations. She is responsible for coordinating the business administrative functions, including operational procedures, accounting support and the administration of HR policies within the firm. She supports the CEO in the day-to-day workflow. Prior to joining MiDA Advisors, she was on the staff of the United Nations and the United States Senate. A native of Brazil who speaks four languages, Ms. Feliciano received her master’s degree from Georgetown University. In her spare time, she enjoys spending time traveling, exploring new cultures, learning new languages, hiking, and scuba diving.

As Legal Counsel, Richard M. Volin advises the firm on certain corporate legal matters, including business plans, smart growth strategies, and protecting the business through strong contracts. He has over 20 years of litigation experience. Mr. Volin received his Juris Doctor at The George Washington University Law School and is licensed to practice law in the District of Columbia, Virginia, and Maryland. He provides legal counsel to MiDA Advisors through his law firm, Volin Employment Law, PLLC

Dianne Rudo is an infrastructure finance expert with over 30 years of transaction and advisory experience in both developed and emerging markets.  She was a Partner in the corporate finance department at Drexel Burnham Lambert, and Vice President in the Project Finance Division of the Export-Import Bank of the United States, which she established.  Ms. Rudo is a Director on the Board of GuarantCo, which provides local currency guarantees to infrastructure projects in emerging and frontier countries.

Sean is a Lead Associate in the Development Finance Services and focuses on programs and partnerships management.  Previously, he worked as a Project Specialist and Coordinator at the One Earth Future Foundation where he focused on impact and programs monitoring and evaluation. He developed learning systems to help incubate and scale development programs operating across Africa, Asia, North America, South America, and Europe. In addition, he was responsible for developing economic cost analysis for the foundation’s Oceans Beyond Piracy Program. Prior to this role, Sean worked at the Borgen Project supporting policies and government relations efforts to combat poverty around the world, including the Electrify Africa Act which was incorporated into the Power Africa Act that was adopted by the United States Congress.  He graduated from the Josef Korbel School of International Studies at the University of Denver with a Master of Public Policy and a BA in Political Science and Public Policy.  Outside of work, Sean enjoys traveling, working on cars, and practicing martial arts.

Kunal is a Lead Associate in the Transaction Advisory Practice with a focus on capital markets. Previously, he worked as an Analyst in the Emerging Markets Structured Credit Trading at Citigroup in NY. In this role, he executed several market and credit risk strategies for several countries in Latin America and the Caribbean, including Columbia, Dominican Republic, Brazil, Argentina, Peru, and Chile.  He has also served as a Portfolio Manager at a real estate investment firm in the DC Metro area. He graduated from the University of Maryland with a B.S. in Finance and B.A. in Economics.  Outside of work, he enjoys traveling, playing tennis, and cooking.

Based in Nairobi, Kenya, Peter is a Senior Associate and East Africa Transactions Lead. He has specialized skills and experience in financial advisory services. Before joining MiDA, Peter worked as a Finance Advisor at SNV-Netherlands Development Organization supporting county governments, regulatory bodies, private sector, and local communities.His past employers include Equity Bank Group and Private Wealth Capital in Kenya. At Private Wealth Capital, Peter was the Senior Finance Associate and Advisory Team Lead where he successfully established key partnerships with industry leaders, the Capital Market Authority, and the Nairobi Stock exchange.Peter holds a Bachelor of Business Administration in Finance and Accounting and a Master of Business Administration (MBA) in Finance from the University of Nairobi. He is also a Certified Public Accountant of Kenya and a Member of the Institute of Certified Public Accountants of Kenya (ICPAK).

Melanie Schwartz is the Program & Communications Associate for MiDA Advisors.  She provides comprehensive communications support by crafting and executing creative communications strategies for MiDA Advisors’ projects and initiatives.  Prior to joining the MiDA Advisors team, Ms. Schwartz interned as an Account Manager at communications and advertising firm GMMB, where she managed projects for the Gates Foundation, AARP, the Robert Wood Johnson Foundation, and the United Nations.  With a BA degree in International Studies from Spelman College, Ms. Schwartz is passionate about global environmental protection and sustainable development, as well as advocating for the equality and empowerment of women globally. Ms. Schwartz is currently a candidate for an MA degree in Global Communication at the Elliott School of International Affairs at George Washington University.

Mikael Chaka is the HR & Operations Associate for MiDA Advisors. He provides a broad range of Human Resources and Operations support functions. Prior to joining MiDA Advisors team, Mr. Chaka worked as an HR and Executive Assistant for Kegna PP Bags Factory P.L.C. in Ethiopia, where he managed various projects, operations, and HR functions for the company. He graduated from Concord University with a B.S. in Business Administration, an emphasis in Management, and a Minor in Entrepreneurship. Outside of work, Mikael enjoys traveling, working out, and skydiving.